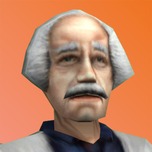 HL2VR coming soon (tm) This mod originally started when the oculus rift dev kits were going out. After a fews years on hiatus due to mod devs going mostly dormant it was picked up by Dr.Beef (the guy who makes most vr ports for the quest like LambdaVR) who added Vulkan support to the engine. The mod is not publically out now but get hyped for when it goes public. Learn More about it here: halflife2vr.com/faq/ I AM NOT AFFILIATED WITH THE MOD! DO NOT ASK ME ANY QUESTIONS.

I, Jakershaker13, would like it put on record that my friend tricked me on april fools (april 1) with a cruel half life 3 announcement.

lore theory time: the end credit scene from desk job, what does it mean? basic description:cave vocalizing and the turrets responding creaking out into a vocalization chant. there is a small green thing that occasionally releases a wave that "wakes up" the different turrets basic theory: cave lives in the turrets. the green thing releases a wave wich causes the toilet turrets to wake up and start singing with cave. my theory is that cave's conscience was dispersed through the turrets and now li…

ive been thinking about future releases for valve this year HL2 is definantly coming to the switch. it runs on the same version of the source engine as portal 1 meaning the work required would be minimal. the only question would be if they wanted to release HL1 with it and make a "crowbar collection". HL1 would offer multiple issues as it runs on the GOLDsrc which is not source. they would have to port goldsrc to the switch or fix hl source and how likely is that to happen. they could also maybe get away with using black mesa but they would have to port the black mesa branch of the source engine and heavily pull back on some of the graphics. tf2 wont happen. period. csgo might happen but if they are working on a source 2 version of csgo they might do what they did with csgo and do a same day release on consoles and then forget that it even exists. citadel probably wont see a console release so it can be seen as a "PC exclusive". also please do note that these are all speculation b…

valve predictions for 2022: (in about the order i think it will happen) -valve will release the steam deck -steam will get more updates that brings the desktop experience closer to the deck's UI style -comes with big picture being replaced with the deck ui -citadel will be announced -hl3 strings will be found in steam deck os -steam decks will be found to have horrible quality control and the sticks will drift within 6 months of average use -vulkan support in MOST valve games but it will be slightly slower -hl2's fan vr port will finally be finished by Q3 i probably missed some important things but ill come back to this end of December with an update. -update I forgot S&Box, which will probably accept more players and move to a public beta and be ready for release by mid 2023

i would like to inform the world that I, Jakershaker13, am helping to break the bar today. #breakingthebar 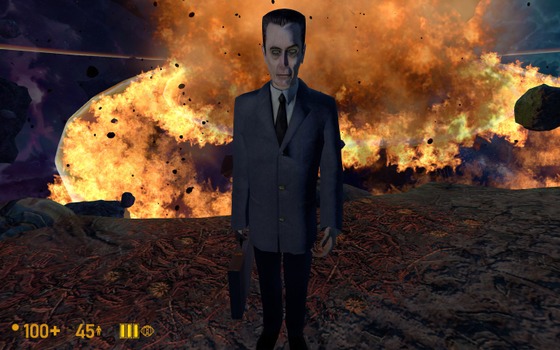 aaaand its over. thank you black mesa. i feel sad its over sadly. i loved every second of it.

i am at the nihalinth. i dont know if im ready to say goodbye to black mesa. this game has given me so much fun, the sense of it being almost over makes me sad. thank you black mesa.