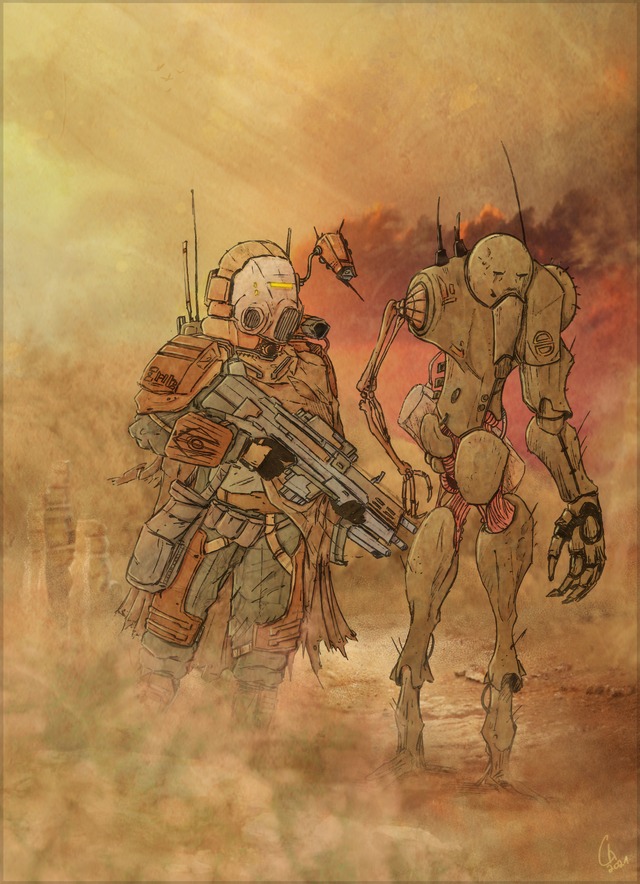 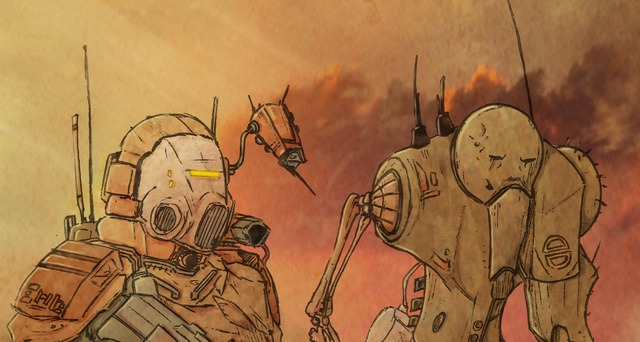 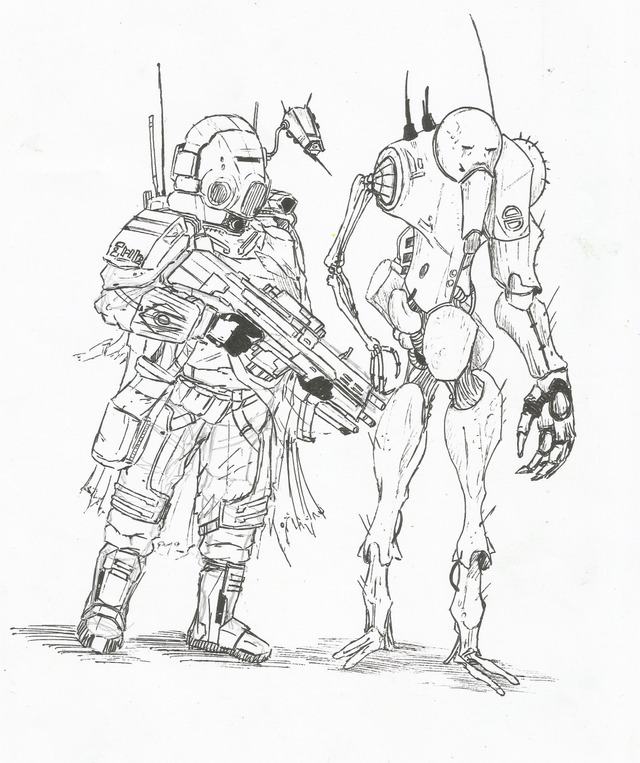 During my free time at work ... a little sketch, then, colorization at home ! Some desert Combine Operator and Synth Trooper. #CommunityCreations

I remember the first weeks of Combine occupation. The sky was red and the air was foul. That was an unforeseen consequence of 7 hours of bombardment on every inch of the globe: it kicked up a lot of dust. They still had troopers back then. Eli and I hid from so many of them in the wastelands that used to be called New Mexico. Those days... protecting Alyx... losing hope for the future of mankind... The Troopers, of course, provided many opportunities for the advancement of the scientific field of biomechamics! I tried to promote this positive knowledge onto Eli to appeal to the scientist within him and lift his spirits! But of course, ever the humanitarian, his concerns were entirely absorbed by the recent... unfortunate... death of his wife... My own family? Of course... well... that's a story for another time.

We should make an illustration of your text !

(Not Kleiner) I'd be ecstatic to collaborate with you! I can provide prompts, texts, and anything else that may help, although my artistic skills are not too well developed.

I've got three words for you: isolate, expose, administer.

That one skeleton arm kinda looks cool dunno why

Better than all of my drawings, I can't do this coloring don't even know how. I can only make extreme shadering with my normal pencil, I mean the one that everyone writes something with in school.

Thanks a lot, but don't say that ! You drawings are very good ! each person got their personal style. Do not forget either, that most are colored or drawn on Photoshop ! I rarely have the time to draw paper and pencil like I did before unfortunately. It is "faster" and "direct" to do with Photoshop. You deserve more to do this with your hands than with the computer!