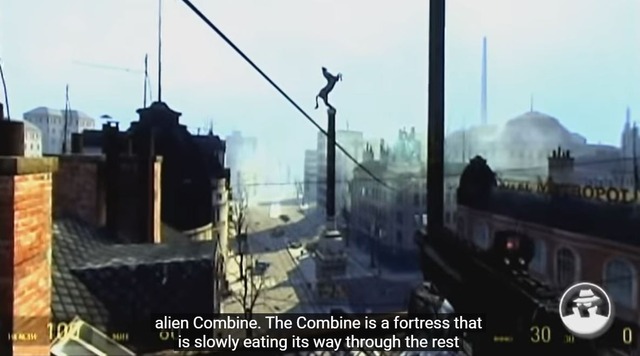 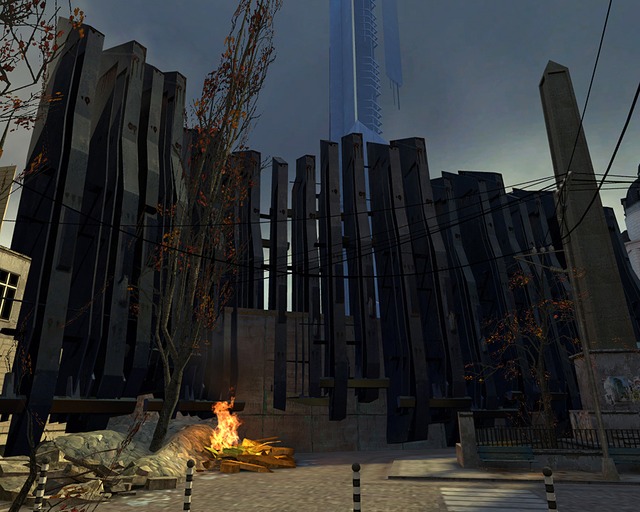 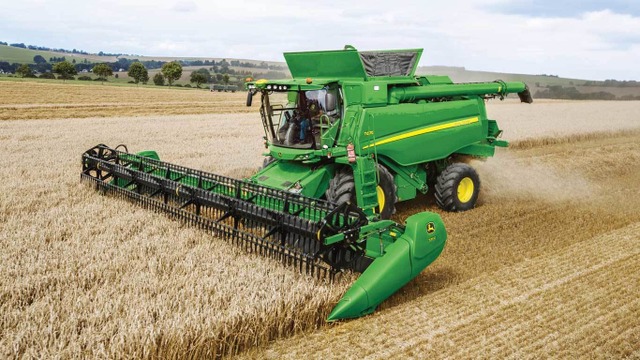 When did the alien empire get the name "the Combine?" Did anyone else notice that in the E3 2003 demonstration, when presenting the strider map, the presenter says, "In this last sequence, You'll get a look at the citadel at the center of the alien combine. THE COMBINE IS A FORTRESS THAT IS SLOWLY EATING ITS WAY THROUGH THE REST OF CITY 17" ? Therefore, relatively late in development, the combine was not the name of the empire itself, but basically the name of the combine smart barrier that chews up the city?

They are "harvesting" the Earth of its resources. I never actually noticed this similarity before. Pretty cool!. Also, I guess I'll mention the unused Half-Life 2 song on the OST titled "Combine Harvester."

The theme of dictatorship. Love it.