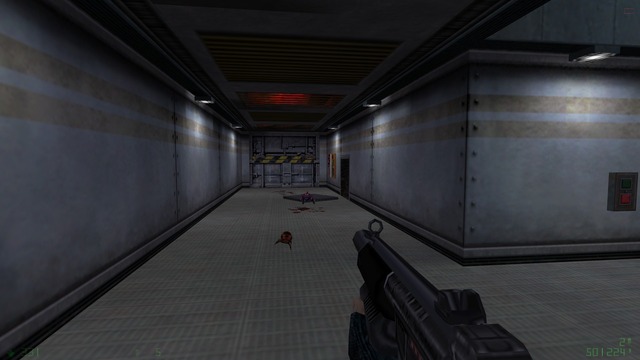 I love that Chumtoads still have a tiny bit of AI that allows them to hunt Snarks. Whoever cut Chumtoads from HL1 is a menace to society.

Is that the reanimated weapon pack?

Sure is, it's beautiful.

The Chumtoad uses an entity called monster_generic, since the Chumtoad itself does not exist as an acual creature. It has basic AI functions when used with certain alien/human models, and will play certain animations and move according to various events. For example if a Pitdone is shot as a monster_generic it will flich and run towards the player as if it was going to react, but it can't actually attack. In this case, it seems to chase the snarks, which is quite interesting considering it doesn't have specific AI instructions to do that!