Do you believe that Gina Cross is dead? 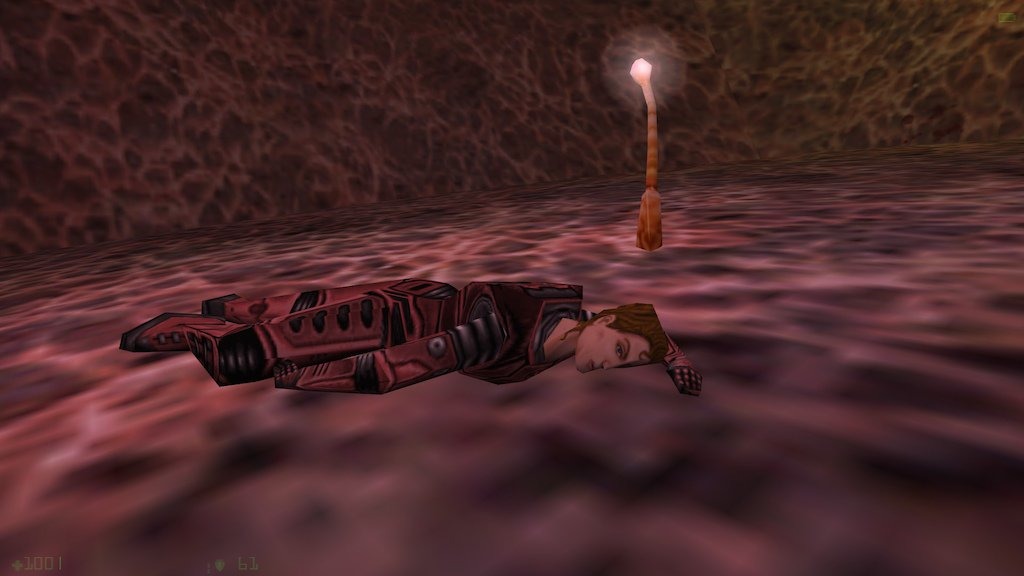 Imo that isn't Gina, first off Opposing Force came out in 1999 before Gina was really a real character and before Decay also her model is her multiplayer model, not her hologram model, and her HEV Suit is red. Now Randy Pitchford did say that this is her "fate" but i find the fact that he is the only person who worked on the expansions who said this is quite indictive. In my honest opinon i just believe that it's like the scientist corpses there are Walter and Luther corpses everywhere in the facility but none of them are Eli or Kleiner