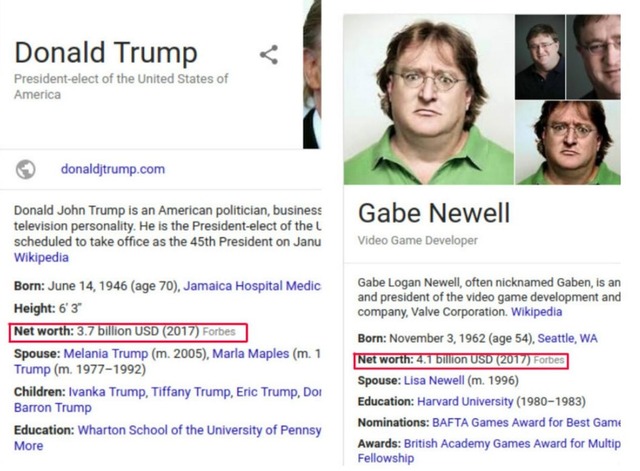 donald is hated, gaben is loved and makes games.

god forbid he has 3 billion

You could say that he trumps Trump

Lordy, the woke can't discuss anything without bashing Trump. People are so brainwashed. Joe Biden probably has more Billions than Gabe and Trump thanks to his typical politician dirty deals with Ukraine, China and Russia. All of them, and their families have a lot more money than you, I, and most people can even imagine. Don't be to sure about the Trump-Gabe money numbers, they are just estimates (assuming it even matters, which it doesn't) A lot of Trump's money and businesses are in the hands of his children. The average person doesn't know who Gabe even is. Trump is loved (and also hated) by many times more people than know Gabe exists. Facts: Trump missed out on a lot of money, and even lost a lot of money (Billions) by running for, and becoming president. Not just the boycotts, Trump sold all of his stocks and missed out on huge profits in the stock market boom during his first three years, and the Covid rebound. After the crash of Covid, the market was back and continued to grow to new heights within a few months. Many politicians and members of Congress profited with insider trading, they knew which businesses/stores would be forced to close, and which wouldn't. Other presidents/leaders like Obama, the Clinton's, Gore, Kerry, the Cheney's, the Bush's have all Become BILLIONAIRES thanks to their "public service". Don't forget about Nancy Pelosi and her stock trades that looked like a conflict of interest, if not insider trading. I like Valve and Gabe, but let's be honest: he's responsible for 'valve-Time'. He's a big rich guy , but one who has coasted on profits from the near-monopoly of the Steam PC game store for 15+ years. It's a good thing America and the world don't run on 'Valve-Time' lol. IMHO Trump is a great man and was right about everything. Wikipedia, like the rest of big tech media and the mainstream media lies about most everything, colluding to change the meaning of words, phrases, and facts and history too. (I guess I'm banned) lol

too much word me no read

Sir this is Wendy's 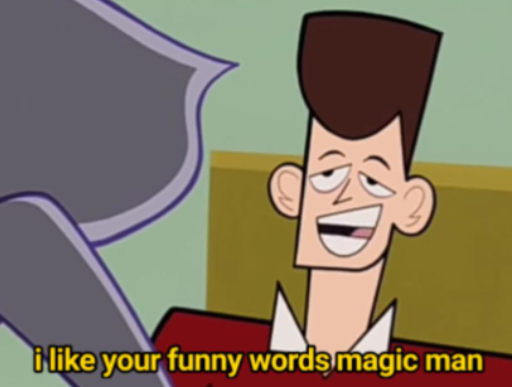