alright so I've just found out how to prove that the gearbox games are all canon (thanks to Half-Life: Alyx) in HL:A, there are "50 free games!" floppy disks that can be found, which have "Prax Wars 2: Dante's Revenge" listed as one of the games, a game seen on an arcade machine at the start of Blue Shift if that's not enough, there's also a secret room in HL:A that has a "hideout" room with dismantled Combine Masks on a workbench and some conspiracy theory books near his "bed" Blue Shift by extension, references Opposing Force by name-dropping Shephard at the end of Duty Calls. Gina Cross is also seen dead in Opposing Force (confirmed to be her by Randy on Twitter) so if someone ever argues that the Geadbox games aren't canon well there you go (it also proves that the Barney in HL2 is Calhoun from Blue Shift)

honestly really love how much more the HL2: Beta resembles HL1 in a way it's dark, gloomy, outright scary sometimes so much of the pure unknown, Enemy or Ally weapons galore a more realistic and serious tone really makes me wonder if HL2 as it's released form right now was swapped with the beta and was never released, the only evidence of it's existance was a leaked mappack, maybe it would've just been a footnote, like HL1's Alpha is. hell, maybe if the HL2 Beta was released we wouldn't have gotten the episodes, maybe we would've gotten a Half-Life 3 so much to wonder I love it. 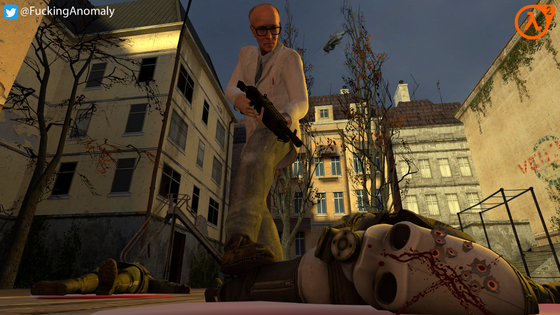 ''Kleiner's Escape'' made something about Issy escaping City 17 enjoy!

jokes aside, considering this was made in-engine (using HL2 + Episodes, Gmod, and the SDK Face Poser) this is so fucking cool, this came out 3 years before SFM released so this is honestly really cool

hey uh where the fuck did the Antlions come from? they're never seen in Xen, and probably aren't Race-X, so-

consider: what would happen if a Headcrab managed to Capture a Vortigaunt?

Happy Pride Month, Everyone!! Hope you can all feel accepted this month! 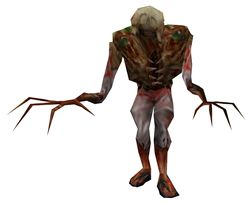 so the only variant of the Gonome we see in the games is the Scientist so I'm wondering how different do you all think it would look for Security Guard's and HECU Grunts?