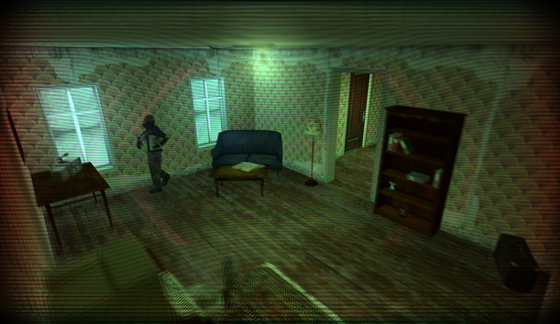 September 8, 200- After assigning Tailor to his new home on September 3rd, I monitored his movements while working on my "Strider Buster" and from what I've seen he shows no sign of being with the enemy, then again I don't believe the Combine would be this brave enough to try to exploit our forces like this. One thing I did notice since the 3rd is how he barely communicates. My hypothesis as to why he doesn't communicate is because the Combine may have limited his speech and all that he has said in the interrogations were the basics of the Combine vocoder implant. But other than that, Tailor would either walk around his accomodation or desperately try to sleep, unfortunately, it appears that soldiers were never designed for sleep or perhaps not designed for natural sleep. Food also doesn't appear to be a necessity, the Combine have either removed internal organs to avoid hunger or has some sort of nutrition injector underneath the uniform, however we won't know as we refuse to conduct a thorough search due to the possibility of death if it was to occur. Any updates will come through immediately. -Doctor Arne Magnusson, White Forest