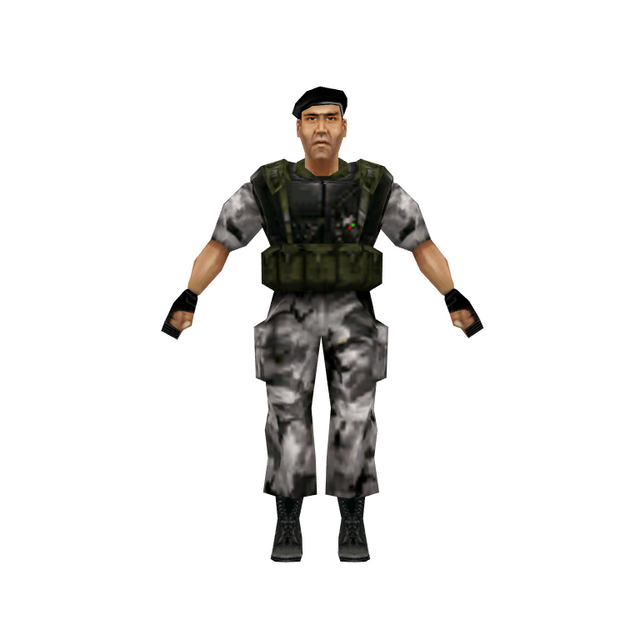 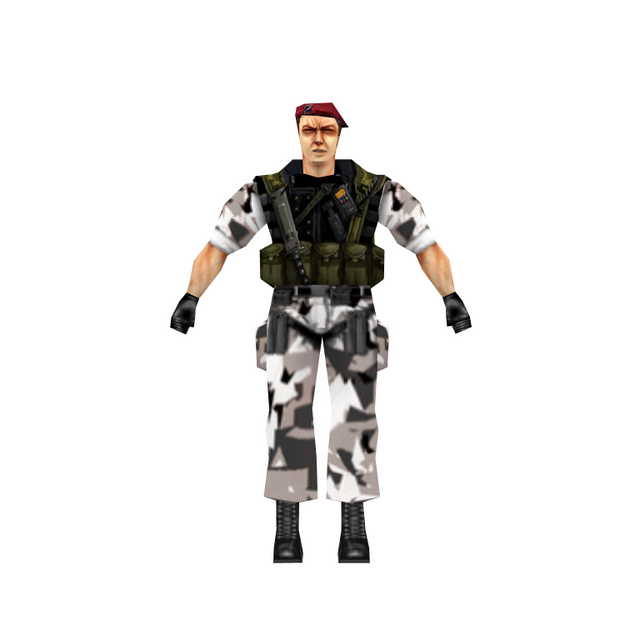 Why did the commanders of the HECU wear berets, when it is a Marine Corps Unit? (SPECULATION) - Valve and Gearbox didn't think ahead at the time. Because the HECU is part of the Special Operations Command, they conduct joint operations with other branches of the military. It was already evident with the support of Army Apaches and Armored Vehicles that typically belong to Army units. The Medic or Corpsman (also called a SARC in MARSOC), belongs to the Navy since the Marines do not have a dedicated medic of sorts. Berets are typically worn by the Army and it is likely the Commanders were Army Officers that in charge of squads, as there are no restrictions in the US Military that bars different branch superior officers from commanding other troops like US Marines. It is also likely they could've been Air Force seeing that the USAF are involved in intelligence and know about strategic ground objectives and layout, keeping it a secret from the Marines due to the classified nature of the mission. There are no explanations officially to outline this, but there were a lot of players in assault on Black Mesa.