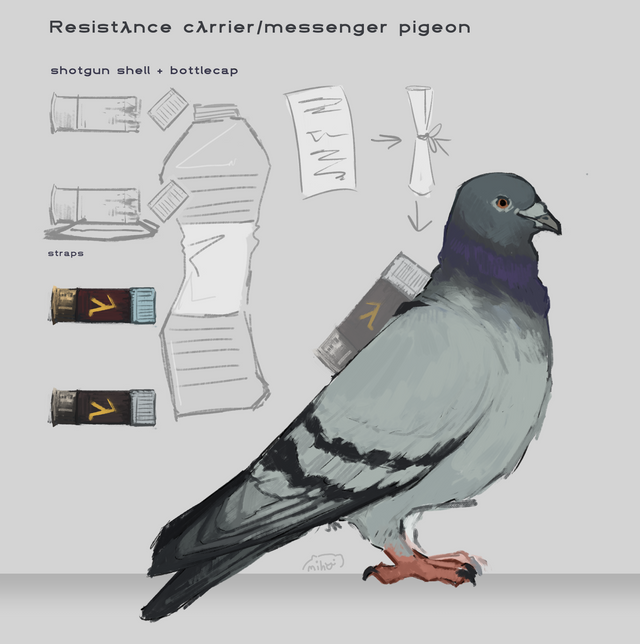 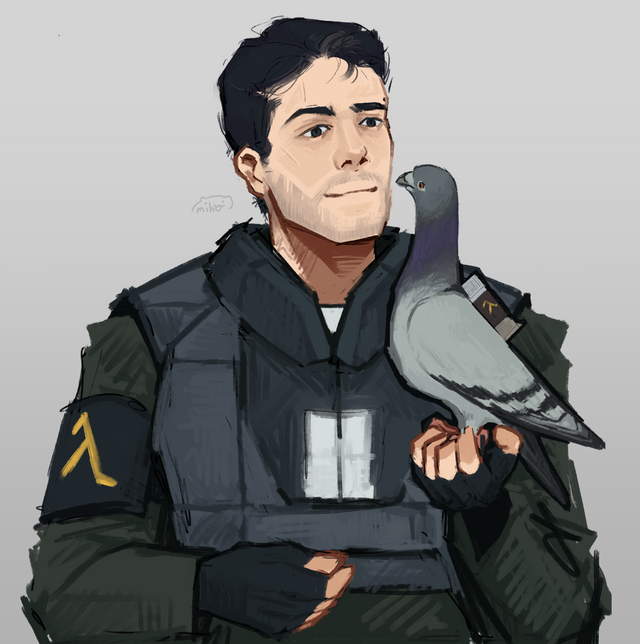 Resistλnce cλrrier/messenger/homing pigeons With the invasion of the combine, all communication via radio waves was risky and in danger of being tapped into, Barney, taking up leadership wanted to source another way to safely send important emergency/update messages from outposts to a main base in case radio communication was lost or unstable. Someone suggested the use of pigeons, as they adapted well to the post war conditions and were in abundance. They began to raise pigeons at the main base of operations, periodically testing their homing skills. A lot of pigeons before the 7 hour war were bred for racing/homing sport, and so it was also a viable to capture a few, although it was a lot more difficult, the effort was worth it for offspring. The pigeons were treated well and lived in make shift aviaries made from chain-link fencing and found crab pots, assigned caretakers would routinely feed them. When they were ready, pigeons would be transported with supplies to outposts and taken care of there. When someone wants to send a message, they secure the piece of paper in a small cartridge made from a shotgun shell and a bottlecap, the straps wrap around the gap between their wings and body. The pigeon is then released with 2 or 3 others, and they make their way home to the main station. Most of the pigeons would average 100 miles in about 40 minutes. The first pigeon they successfully trained was called lambda.

nice. we had a few of them here at Mann Co but pyro burned them

this is incredible, id never thought of anything like this before but now i wanna draw barney with a pet pigeon

Wow ! What a good idea, amazing art and concept !