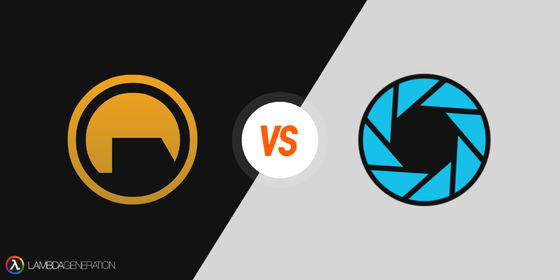 As we now have a war between @apertureprdep and @black-mesa-pr , let's do a vote. Who is greater and why? Vote with reactions.

Black Mesa hands down. They were the better company because their products were not impractical and had a clear goal in the field of science for the company, unlike Aperture who kept fighting an uphill financial battle to stay alive. Sure Black Mesa caused the end of civilization with a bad accident, but Aperture was on its way to doing the same thing. Plus compared to the number of deaths that occurred for each company, Black Mesa was way safer than Aperture.

We didn’t do the same thing though! Plus, they stole our funding!

No, what you were doing was screwing around with the different multiverses playing god, being a careless wreck in pursuit of your testing initiatives, easily putting not only our own Earth in jeopardy - but countless other ones! Perhaps instead of blaming others for your financial failure, you could actually focus on being smarter with your decisions in the field of science rather than have the idealism and practicality of a third grader.

Wait, this post just me think about the Half Life x Portal connections and how weird it would be to see an alient grunt or combine soldier walking around in one of the portal games

Or well actually now that I think about it, doesnt the ending of Portal: Still Alive have a Combine Dropship?

Black Mesa because of their soda machines.

The obvious answer would be to vote for Aperture Science. Anyone else caught voting for Black Mesa will be thrown in the incinerator room.

Didn't see HR throwing people into firepits at Black Mesa. Plus they got pensions so...have fun with bankruptcy!

Black Mesa is better at covering up their missing astronauts.

Black Mesa. I wanted to work there when I grew up. Then, the resonance cascade happened.

Black Mesa is cooler, you can talk to real Aliens there and not some gay robots

Clearly it's Aperture Science! They never waiver in their commitment to do what they must, because they can.

Black Mesa as they really didn't do anything wrong They did skip their security protocols and caused a resonance cascade but it wasn't their chose While Aperture lost its funding a few months after they got it and had been caught with the case of missing personele And with the G.L.A.D.O.S Project killing everyone in the facility Well they both skipped Security protocols and lead to alot of deaths or the end of society

of course is Black Mesa. In Black Mesa you can use crowbars ,pet houndeyes ,using cool experimental weapons , ruining microwave casseroles , going to the borderworld xen and so much more. And what aperture science have just a boring portal puzzle that dont have any sense. And the whole place is run by a crappy AI #black mesa for ever (sorry if it was very rude)

Black Mesa is better, because they don't create something that kill tons of humans, and don't make cubes from humans!

Black Mesa has charismatic people there, they're friendly. Like, Barney Calhoun, or Eli Vance In Aperture, everything will try to kill you... "Accidentally" (I am looking at Cave Johnson and Wheatly) (P.S i feel bad for Rattman)