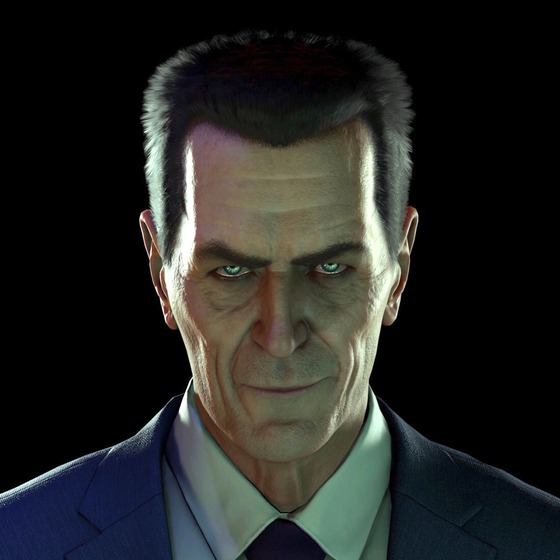 Who is the Gman? “The Gman is a enigmatic-omnipotent being of unknown origin. He works for a set of mysterious employers, often taking a male humanoid form of that as a pale government agent. He is seen throughout the events of series, often keeping his distance or interacting with characters, though his motives to help or inhibit are unclear. He possesses teleportation into different dimensions, near invulnerability, and the ability to step into different instances of time.”

Yet is easily able to give Alyx power to kill one, no sweat.

I believe he is one of the sleeping philosophers (he woke up obviously) - grubs that flew the nest when they got invaded. Breengrub outlines this. The Advisor Alyx killed in HLA was aligned with the Combine. Probably had it's mind scrambled. Check out my now ancient article here for a deeper analysis of Breengrub, which is what ultimately lead me to my conclusion: lambdageneration.com/discussion/…

He's an alien in a human host body. Hence looking so ill.

He’s definitely not human, but him being alien inhabiting a host body is still just unconfirmed speculation, just like the possibility of shape shifting too.