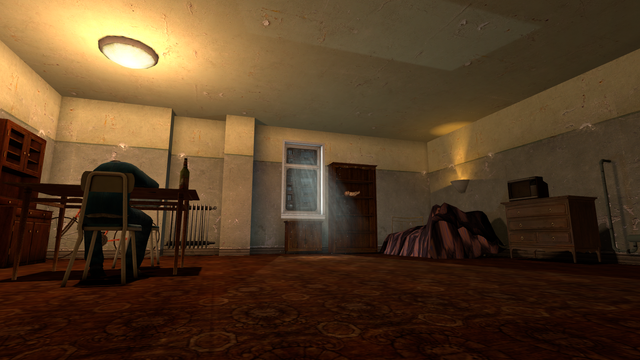 After making several maps based on the beta, I thought I wanted to do something less depressing even if it was in the Half-life universe. I hope you like it! Two Fun facts: 1 The idea for the map came to mind after hearing the song "comfort" from the game Katawa Shoujo. in fact, that's the name of the map. 2 Originally it was going to be raining but for some reason the rain wasn't working. CREDITS: Made in Dark interval, credits to Cvoxalury and Shift

Modding
No Comments :(
Be the first!